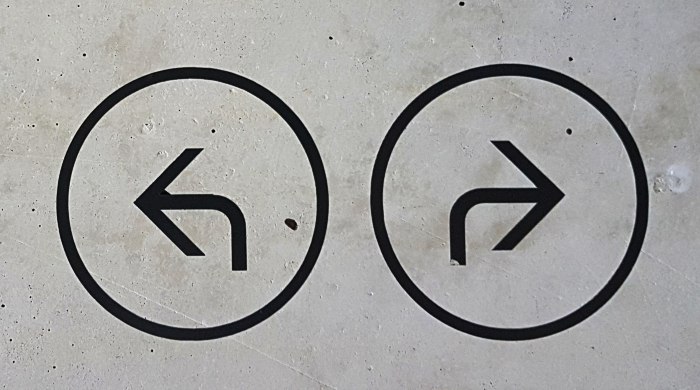 When you mix guitars, one of the most important things is to properly pan them. Panning guitars is critical for a good sounding mix. Without good guitar panning, your mix won’t sound good.

There are several ways when it comes to mixing two guitars. Depending on the music genre or recording technique, you can pan a guitar in different ways. But there is a general and best way to do it and I am here to teach you.

What Is Guitar Panning?

If you have only one guitar you can leave it in the center or just pan a little on one side. But it’s not a good practice. You should always record the same part at least two times. This way your guitars will sound more awesome.

Panning is not only for guitars but other instruments too. Panning drums is also crucial for better mixes. But guitars are the most important instruments to pan left and right.

Why Is Guitar Panning Important?

To properly pan guitars is very important and it has many benefits. Because there are several instruments and vocals in every track, panning makes mixes sound better, gives it an air to breathe, and creates a stereo image.

First of all, when you pan your guitars it creates a stereo image. Because both speakers have individual guitars, it sounds more powerful and full. This way your guitars will be not only big but also will have a better sound.

The Best Ways To Pan Guitars

Now let’s dive in and see how to pan guitars in your mix properly. Every engineer has a way to double-track guitars when it comes to panning but I will teach you the best and most common way. Also, it works in every genre.

Note that this panning recommendation is for rhythm guitars. Because most of the time the lead guitar is not double-tracked and it stays in the center.

But before you start your mixing and panning process, there are a couple of things to do. Because good guitar panning alone won’t work.

First thing is that if you use two or multiple guitars, create different tones for them. Use different guitars, pickups, amps, or settings for each guitar. Don’t record two guitars with the same tone. It won’t sound as good as with different-sounding guitars.

And the second thing you should do is to record them perfectly. If the two guitars are not tight, your mix will never sound good. If one guitar is off even a little bit, just record it again. Especially if both guitars play the same riff. Tightness and timing are critical.

After you do everything correctly, you are ready to start the mixing and panning process.

First, let’s discuss panning for double-track guitars. Double tracking is when you record the same part twice, with different sounds. It doesn’t matter if your song only needs one guitar part. You must always double track your guitars for a better and full sound.

To pan double rhythm guitars it’s very easy. What you need to do is to pan one guitar 100% left and another guitar 100% right. This means that you will hear the first guitar only on the left speaker and the second one on the right speaker.

When you pan your guitars 100% on each side, it’s called hard panning. So, when you have guitars hard-panned, it makes the sound fuller. And if you compare and listen to panned and centered guitars, you will see the difference.

This is a great trick in mixing and you can implement it in your mixes. Or you can just leave guitars 100% panned during the whole song. But remember, always pan your guitars and don’t leave them in the center. Guitars will clash with other instruments, and your mixes will sound thinner.

Now let’s learn how to pan double-track guitars. It gives you more capabilities and makes the guitar sound more powerful and bigger. The quad track approach is great for metal music and heavy music in general.

Quad tracking means when you have four rhythm guitars. All four could play the same riff or you may record two different parts twice. Quad tracked guitars sound much bigger and fuller. So, if you are a metal musician, you should try this technique.

When you have four guitars, the approach to planning is different than with two guitars. Let’s say you play the same riff, or maybe one riff has some different parts like harmonies. What you do is you record one riff twice and another riff also two times.

And make one sound less heavy than another. You should have one crunchy or mid-heavy sound, and another should be heavy. It’s better for both guitars to sound different. One could be mid-heavy, and another could have low-driven sound.

The goal is to create two different tones:

Now, when it comes to panning four guitars, this is what you do. Pan heavier tone guitars 100% left and right. Hard panning heavy guitars give it more power. Also, it fills the space and creates a great stereo image.

And after that, pan crunchy guitars on both sides. Pan them about 75%. You may pan them more or less. Listen carefully and what will sound better, leave it there. Also, you can tweak levels and make one sound louder than the other. Most of the time, heavy guitars are the main tone and they are louder in the mix.

Because you have two different kinds of sound, not only does the guitar sound become powerful, the tone becomes richer and fuller. Your guitar tone will be huge.

Also, you can experiment with it. You can pan crunchy guitars 100% instead of heavy guitars. Or create different sounds for each guitar, and so on. But it will become complex and the final results could not be that good.

The goal is two have two different guitar sounds, pan one set of guitars 100%, and another pair about 70-75%.

And the important thing is when you pan guitars with different sounds, make sure that they sit well with each other. For example, if both pairs of tones are mid-heavy, it won’t work. One must cover different frequencies.

Acoustic guitars also need panning. And it could be trickier. First of all, recording an acoustic guitar is harder than an electric guitar. Because good acoustic guitar sound and tone are dependent on the guitar itself and also heavily on mic placement.

So, the first step is to record acoustic guitars properly. Of course, you need to create two different tones for acoustic guitar. You can do it with different guitars, mics, or microphone placements.

After you record your acoustic guitar, pan one guitar 100% on the left side and another 100% on the right side. It will sound more natural and stereo. Remember that recording must be tight.

Also, what you can do is play little different parts. It creates more depth. But it doesn’t need to be too much different. One guitar can play a strumming pattern and another could combine strumming and arpeggio. It will have a good impact on the overall tone and your song will become more interesting.

Also, it’s better when one acoustic guitar has a thinner sound and another has a more low end in the tone. The same sounding guitars won’t have as good a sound as two different tones.

Panning guitars in the right way is critical for songs. It can make mixing so much easier. There are several options for pan guitars. But these methods are what I use and they work perfectly for every music genre. Of course, you can and you should make experiments and find unique ways of panning.

Just try these methods in your next mixing and you will see how they impact overall sound. Good panning makes songs more natural, bigger, fuller, and awesome. Always double-track your guitars and for more power, quad-track is the key. 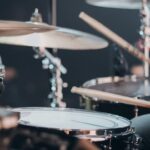 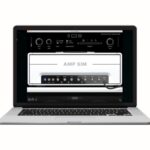