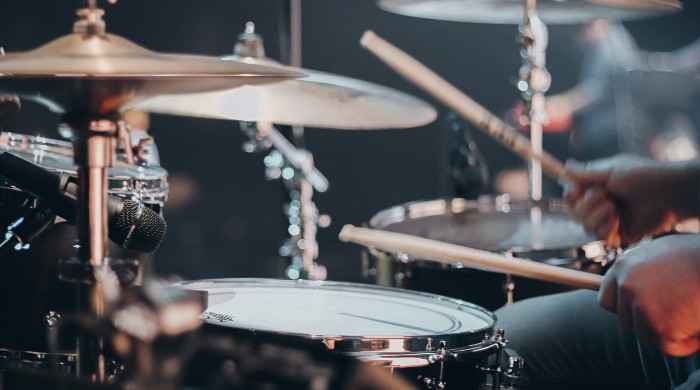 In modern music history recording techniques and methods have evolved. There are countless different methods to record musical instruments.

And one of the instruments that can be recorded differently is the drums. Standard recording methods exist for drums. But to add a little flavor and uniqueness to your drum sound, you have other options.

In this post, I will show you the three famous drum recording techniques. Each approach is unique and used on famous records.

The first drum recording method I want to talk about is what I call the QOTSA Method. It was used on the Songs for the Deaf album by Queens of the Stone Age. It was released in 2002 and is one of the most unique-sounding albums.

Some other bands have also used this method but I first find out about it from this album. So, for me, it’s a QOTSA method. This is a good and interesting approach to drum recording and has many benefits.

In a nutshell, the way Queens of the Stone Age recorded drums for this record is simple. They recorded drums separately. The drums were recorded without cymbals. They were added later. And it includes every cymbal such as hi-hat, crash, ride, etc.

You may wonder how that works. Well, the drummer plays and records regular drums. But drums have dummy cymbals. They have no sound. And after it’s recorded, a drummer then records cymbals separately.

The reason they did it was the bleed. You know that when recording drums, different mics pick up different sounds. For example, a snare mic can pick up bass drum sound and vice versa. And that’s called sound bleed.

But when you record drums separately, you eliminate a huge amount of sound bleed. So, snare, kick, drum, toms are very clean sounding. Also, cymbals have no bleed. Drum becomes almost bleed-free.

Of course, sound bleeding has its benefits and that may be a part of your drum sound. but if you want to have as clean a recorded drum sound as possible, the QOTSA method is a great option.

Glyn Johns is a famous recording engineer who has worked with The Beatles, The Who, The Rolling Stones, and other famous music bands. And he developed a technique of recording drums.

The Glyn Johns method is a very simple drum recording technique. But you have to pay attention to little details if you want to capture the best sound. This method uses only three microphones.

The goal of this drum recording method is to treat drums as one instrument instead of a collection of different instruments. Also, room size can have a significant impact on the drum sound.

The way it works is simple. You need three microphones – condenser mics are preferred for this technique. One mic goes in front of the kick drum, the second mic goes on the side, where the floor tom is. And the third mic goes above the snare.

The key is the distance. You may tweak distances and find the best sound for you. But for starters, place kick mic about 16″ or 18″ far from the kick. The side mic can be near to the floor tom.

But the important thing is the distance between the side and above microphones. There must be an equal distance from the center of the snare to the above mic and side mic. This will give you better sound and you avoid most phasing issues.

So, you have three mics. One in front of the kick, the second on the side, and the third above the drums. The second and third mic should be equally placed from the center of the snare drum.

This drum mic technique is a great method to record drums. It has a powerful sound and also captures the room sound perfectly.

Of course, there are many different drum recording techniques. For example, the famous When the Levee Breaks drum sound. But it’s hard to achieve in a home recording environment. But QOTSA and Glyn Johns methods are great examples that you can try at your home. Try one of them with your recordings and you will see how different your recording will sound. 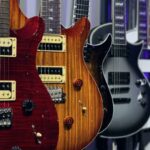 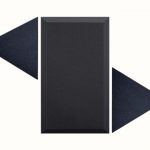 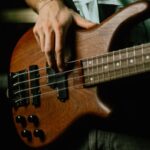